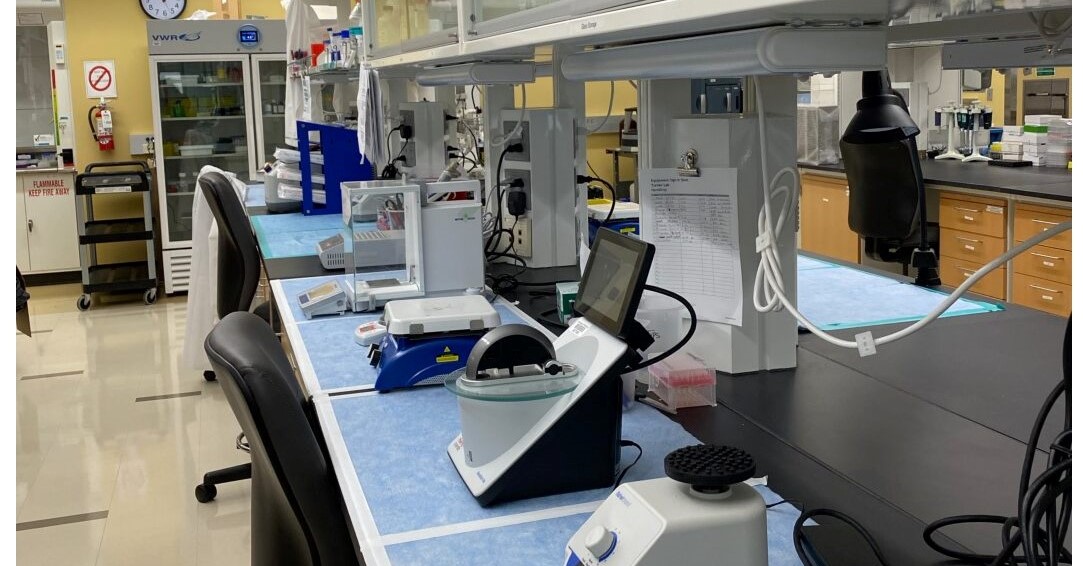 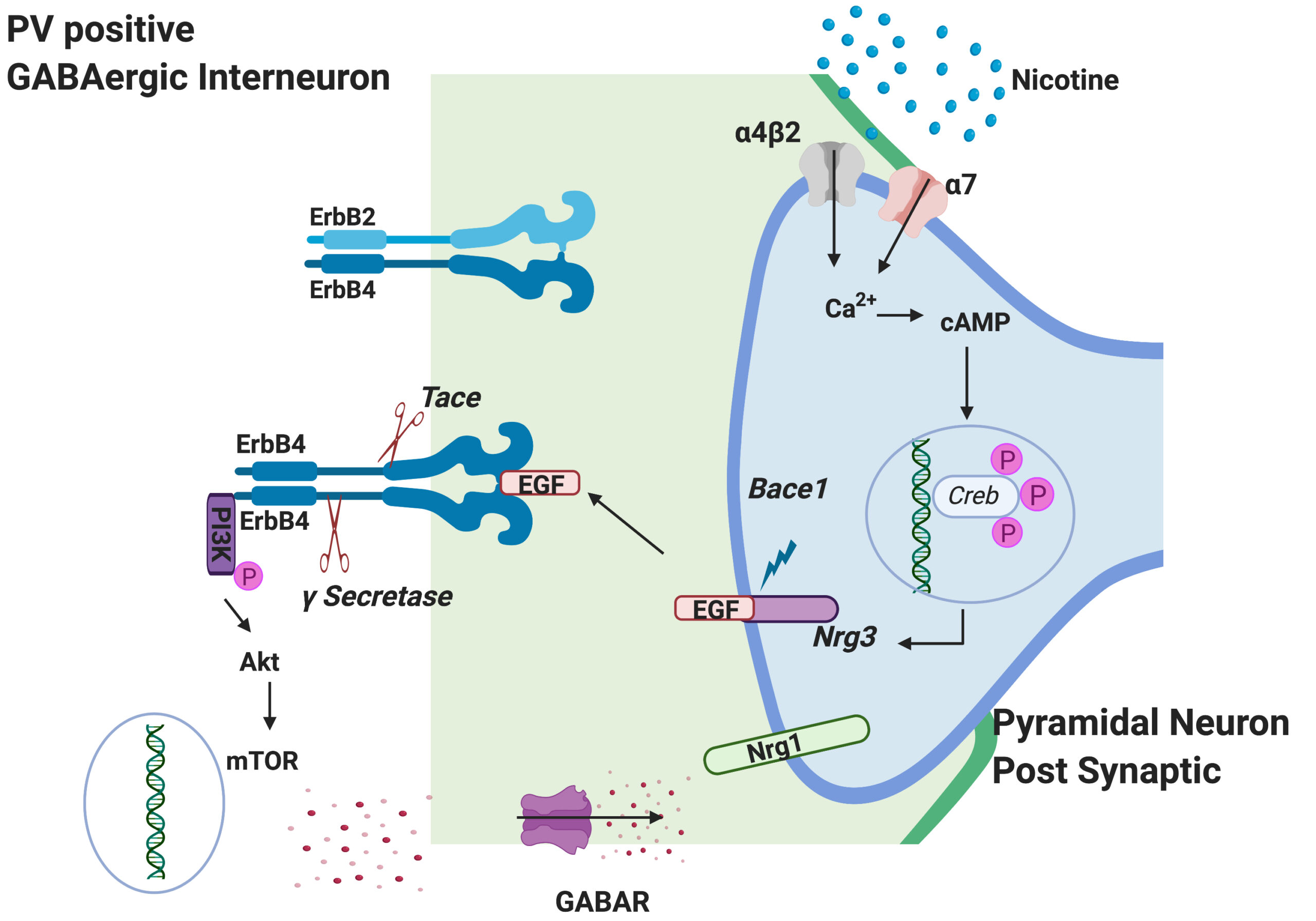 Neuregulin 3 is a member of the neuregulin family.  SNPs in this gene and its cognate receptor, ErbB4 (HER4), have been implicated in nicotine dependence, but also in disorders known to be highly co-morbid with smoking, such as schizophrenia and ADHD. This project will involve multiple transgenic mouse models and experiments planned for this project will include electrophysiology, genomics, and animal behavior.

In Turner Lab at UKY, the prime research focuses on to understand the pathophysiology of blood brain barrier (BBB) in substance use disorders (SUD) explicitly nicotine dependence. BBB is composed of various cell types including endothelial cells which provide structural integrity to microvasculature through junctional protein organization at BBB. Drugs of abuse including nicotine may leads to compromised BBB integrity, uncontrolled transport of biomolecules in and out of the brain, neuroinflammation and abrupt neuronal functions. Novel therapies targeting BBB and related structural components may help to treat SUD and associated psychiatric disorder. 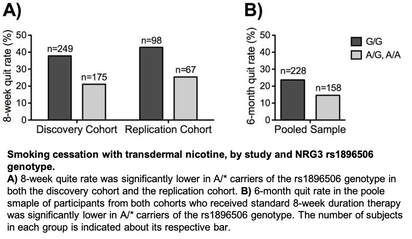 Addiction to nicotine and the ability to quit smoking are influenced by genetic factors. We used functional genomic approaches (chromatin immunoprecipitation (ChIP) and whole-genome sequencing) to identify cAMP response element-binding protein (CREB) targets following chronic nicotine administration and withdrawal (WD) in rodents. We found that chronic nicotine and WD differentially modulate CREB binding to the gene for neuregulin 3 (NRG3). Quantitative analysis of saline, nicotine and nicotine WD in two biological replicates corroborate this finding, with NRG3 increases in both mRNA and protein following WD from chronic nicotine treatment. To translate these data for human relevance, single-nucleotide polymorphisms (SNPs) across NRG3 were examined for association with prospective smoking cessation among smokers of European ancestry treated with transdermal nicotine in two independent cohorts. Individual SNP and haplotype analysis support the association of NRG3 SNPs and smoking cessation success. NRG3 is a neural-enriched member of the epidermal growth factor family, and a specific ligand for the receptor tyrosine kinase ErbB4, which is also upregulated following nicotine treatment and WD. Mice with significantly reduced levels of NRG3 or pharmacological inhibition of ErbB4 show similar reductions in anxiety following nicotine WD compared with control animals, suggesting a role for NRG3 in nicotine dependence. Although the function of the SNP in NRG3 in humans is not known, these data suggest that Nrg3/ErbB4 signaling may be an important factor in nicotine dependence.

Neuregulin 3 (NRG3) and ErbB4 have been linked to nicotine addiction; however, the neuronal mechanisms and behavioral consequences of NRG3-ErbB4 sensitivity to nicotine remain elusive. Recent literature suggests that relapse to smoking is due to a lack of impulsive control, which is thought to be due to altered functioning within the orbitofrontal cortex (OFC). Therefore, we examined circuitry changes within this structure following nicotine application. We report that nicotine controls synaptic plasticity in the OFC through NRG3/ErbB4-dependent regulation of GABAergic inhibition. We observed that both nicotine and NRG3 facilitated the conversion of long-term potentiation into long-term depression at cortical layer 3/5 synapses. Induction of long-term depression by nicotine relied on nicotinic receptor activation and key regulators of NRG3 signaling: (1) release of intracellular calcium, (2) activation of the BACE1 beta-secretase, and (3) ErbB4 receptor activation. Nicotine-induced synaptic plasticity was also associated with accumulation of intracellular GABA and was completely blocked by GABAA/GABAB antagonists. To test whether these mechanisms underlie OFC-dependent behavior, we evaluated the effects of nicotine in the go/no-go task. Nicotine-impaired stimulus discrimination in this task was rescued by pharmacologic disruption of the NRG3 receptor, ErbB4. Altogether, our data indicate that nicotine-induced synaptic plasticity in the OFC and cognitive changes depend on NRG3-ErbB4 signaling. We propose that nicotine activation of this pathway may contribute to nicotine addiction, particularly in individuals with genetic variation in NRG3.

One well-characterized protein responsible for regulating both response to drugs and gene expression is the transcription factor CREB (cAMP-responsive element binding protein). Previous work indicates that hippocampal-specific alterations in CREB signaling and synaptic plasticity may underlie certain nicotine withdrawal phenotypes. However, the structure of the hippocampus possesses dorsal and ventral subregions, each differing in behavioral, anatomic and gene expression characteristics. This study examines the effects of CREB deletion specifically in the ventral or dorsal hippocampus of animals chronically treated with saline, nicotine, or undergoing 24 h withdrawal. After region-specific viral injections of AAV-GFP or AAV-CRE in CREBloxP/loxP animals, behavioral testing measured anxiety levels, using the Novelty-Induced Hypophagia test, and cognition, using a contextual fear conditioning paradigm. Deletion of CREB in the ventral, but not dorsal, hippocampus resulted in amelioration of nicotine withdrawal-induced anxiety-like behavior in the Novelty-Induced Hypophagia test. In contrast, CREB deletion in the dorsal hippocampus resulted in learning and memory deficits in fear conditioning, whereas CREB deletion in the ventral hippocampus showed an enhancement in learning. Gene expression analysis showed differential treatment- and region-dependent alterations of several CREB target genes that are well-known markers of neuroplasticity within the hippocampus. Collectively, these data provide persuasive evidence towards the distinct roles of CREB within the dorsal and ventral hippocampus separately in mediating select nicotine withdrawal phenotypes.